Last week’s data showed that economies had varying performance – for example, the US seems to benefit from the end of COVID-19 restrictions while the APAC regions suffer from worsening supply issues since Omicron variants have spread.

With persistent uncertainties due to the war in Ukraine and worsening conditions with viruses in China, analysts will be looking for any changes in data for specific issues like price indicators, supplier’s delivery times, and future output.

This week global PMIs will provide markets a glimpse of how major economies fare since the war began.

The Bank of Canada recently announced a 50-basis point hike in interest rates to combat inflation. Canadian businesses think it was a great call to raise rates, but many now worry that this will lead to high debt and bankruptcies of businesses or stagflation: fast-rising prices even as there is growth.

If inflation rates rise on Wednesday, there will be a chance for the Bank of Canada to raise interest rates again. Analysts forecast inflation to peak at 6%, 30-basis points above the current annual rate.

The Canadian dollar finished the week at 0.9330 against the Australian dollar, right by its 200-week average. Early on Monday, AUDCAD has broken its 50-day SMA 0.9324 and is heading attempts 0.93. A break there could lead the pair closer to 0.92 by the week’s end. However, if bulls hold firm, prices could either stall around the said round level or rally towards 0.9350-0.9400.

The euro’s value dropped last week after the ECB announced that there will be a slower process of economic stimulus. Due to the increased inflation rate, it is unclear when the ECB will raise its interest rates.

On Wednesday, Eurozone industrial production and trade data, in addition to German inflation data, will be in focus. At the end of the week, preliminary Eurozone sector PMIs, as well as French and German inflation figures and President Lagarde’s speech will also attract attention.

EURGBP continued to decent for the second week and has not reached a fresh low as of yet; 0.82 seems to be a level bears are working on. Away from its 50-day average, the pair is more bearish than it is bullish, with interim support at 0.8250. High volumes suggest a relief, however. Coupled with an inside bar pattern. 0.83 might be possible before releases begin to impact the euro, with a maximum at 0.8350 should data surprise to the upside.

Retail sales and PMI will be the most influential data this week in the UK. Higher demand and a decrease in confidence led to a 0.3% decline in retail spending last release. This is surprising for GBP bulls because retail spending was up 1.9% the month before due to better petrol prices. Higher demand is expected to balance retail spending out in March as markets predict less of a decline and an annual growth rate of 2.9%.

The pound was seen soaring from a low of 1.21 at the beginning of the week to a high of 1.2340. After breaking its 50-day average a short-term pullback has started and it may last until the data inflict otherwise. 1.2257 now becomes near-term support, with 1.2228 becoming somewhat of a level to invalidate the progressiveness of the upside leg. Contrary, near-term resistance lies at 1.23370, but once this gives in, 1.2385 becomes the next major level of activity.

This week is relatively light on US economic data with the housing market being the focus. Updates on housing starts and building permits are due out Tuesday, followed by an update on existing home sales Wednesday. Additional data for this week includes the weekly report on initial jobless claims Thursday, along with the Philadelphia Fed manufacturing index Friday.

However, first-quarter earnings season is underway but there is cautious optimism. S&P forecasts are hovering around 9.5% year over year growth for the year, which is higher than previous expectations of 7%. Overall, market returns are expected to be flat or positive for the year.

The SP500 closed below its 50-day average last week Friday, reiterating a bear market is back on. Although the 4340 is too close to the current price at 4370 to consider, in case it holds the first line of major support lies at 2457. From there, 4140 will be critical. On the flip side, if the 50-day SMA surrenders to bullish pressure, 4518 is major resistance. In the interim 4445 might offer rejection, but it is unlikely to be more than that. 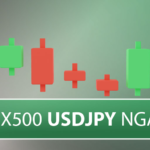 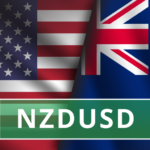