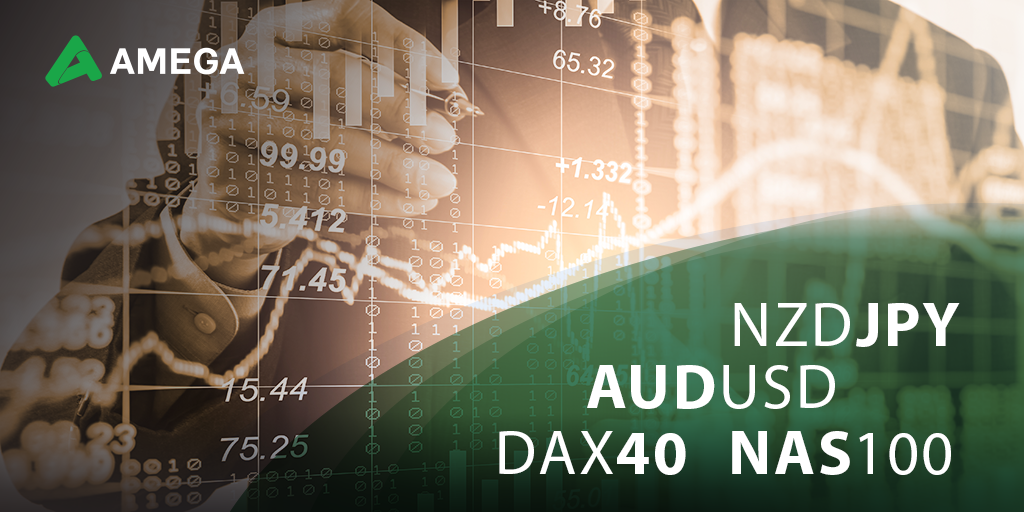 This week we will get releases on the US and EU GDP figures, inflation data from EU countries, and the bank of Japan’s central banking meeting.

Last week’s corporate earnings was badly performed by Netflix. There is now concern on whether Meta, Alphabet and Amazon will be able to beat expectations this week as IMF cut growth forecasts.

Japan’s Bank is expected to keep its policy unchanged on April 28 – likely maintaining rates at -0.10% and its QQE with yield curve control to flexibly target 10yr JGB yields at 0.0%. Most analyst will still focus on the Fed meeting on May where a 50bps rate hike is expected along with the start of QT.

Traders will be attentive to any possible changes in growth and inflation forecasts though due to effects from the Ukrainian war.

NZDJPY reversed at 87.32 last week, and broke the 85 level following divergence signals from both the RSI and MACD indicators. 84.25 is the near-term support should the decend continues. However, a bounce could be seen there. If traders are caught by a surprise, 82.53 is a major support. On the flip side. Interim 5esistance to the top lies at 86.30, Friday’s open.

United States’ GDP is expected to show that the rate of economic growth slowed in the first quarter to 1% percent on Thursday. However consumer spending is expected to remain strong as both business investment and residential investment are expected to continue improving.

The Fed’s favorite inflation indicator is expected to show that prices are increasing by 3% in March. While the annual rate is only rising by 0.6%, this is not much less than what analysts predicted. The Fed uses the March report as an estimate of how inflation will change during the next month.

AUDUSD has been weakening since the 76.6c top a couple of weeks ago, finding golden support near 0.7230 after the indicators printed bearish divergence. Due to its bearishness, it is more likely it reaches 0.71 than 0.7363 (last Friday’s open) now, however, support can be observed at 0.72 too. Breaking 71c might lead prices below the 70c. Although unlikely, upward price action exposes resistance at 0.7458 as well.

On Friday, Eurozone Q1 GDP will be updated in addition to Germany’s flash Q1 GDP figures. Q1 has been closely watched because of the spillover effects from the Russia-Ukraine conflict. March PMI data showed that growth continued at a slow pace even as business sentiment slumped and prices on average rose.

In addition, CPI figures will be provided. Inflation March data saw HICP soar to 7.4% from 5.9%, driven primarily by surging energy prices. Furthermore, pressure was also seen in the core reading following a pick-up in goods and services. Food prices will also contribute largely to the headline inflation rate.

DAX reached a critical support at 14k and could see a relief rally up to 14371 – the 23.6% Fibo retracement. Above there, 14589 is the next resistance. However, losing 14k will likely take the index to 13884, and if that gives in, the 50% Fibo can be marked as the next big support. Both indicators look bearish as the RSI is below its 50% and the MACD has pulled of a crossover.

The top 4 biggest companies by market capitalization are due to report earnings during week in the S&P 500 index. The latest earnings report comes amid increased fears the economy will take a turn for the worse due to the uncertainties of raised rates and inflation.

NASDAQ has reached the 61.8% Fibo extension at 13344, and if proven to be a false break, traders might see a relief rally towards 13471, 631 or even 14k if bulls make a decent attempt to recapture the round level. Should they let prices slide, however, the index risks to plummet down to 13k. Will this be easy, though, given the indicators are somewhat oversold?