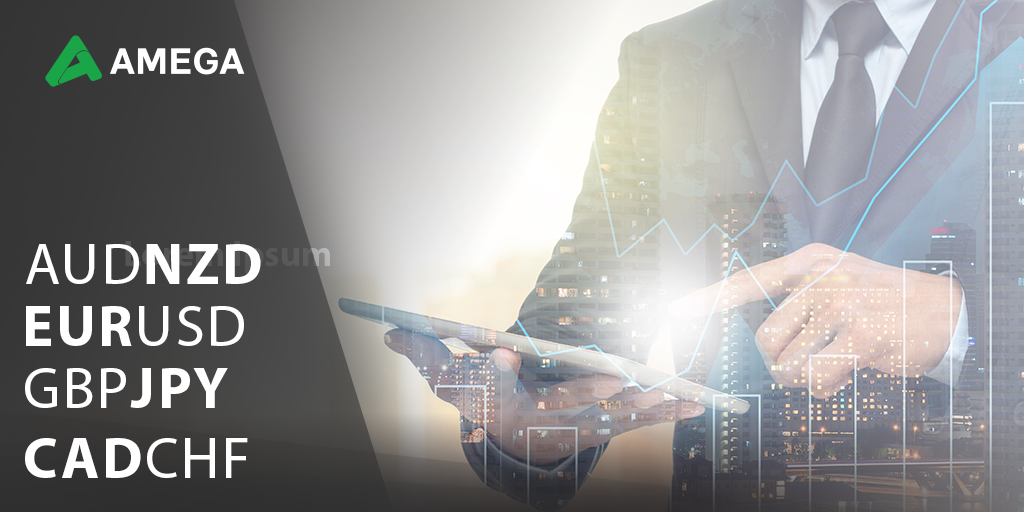 A lot is happening in world economies this week, with employment and inflation on the mind of most investors. Expect to see new updates in upcoming jobs reports and decisions on interest rates — lots of important economic data!

RBA prepares to hike after 10 years

The Reserve Bank of Australia is expected to raise interest rates for the first time in more than a decade on Tuesday. The rate increase comes after a surge in inflation last quarter that led economists to rethink the policies of the RBA. They now forecast an increase in interest rates at an even faster pace than before. Economists say the RBA will increase interest rates to 0.5% in June and then again to up to 0.75% or higher in June.

If RBA raises interest rates it will burden local borrowers who already have a record amount of mortgage debt and are struggling to keep up with rising living costs, which is a major issue for PM Morrison.

AUDNZD looks primed for a 1.10 cross, but the upside is limited by the 1.1042 resistance. The RSI is overbought on the weekly timeframe, and the MACD histogram started to wane. Moving higher in the near term could form a bearish divergence on the daily or even 4H timeframes. For the formation, we might see prices move past the said level and head to the next major resistance of 1.1178 – although it is unlikely. 1.080 and 1.0616 are near term supports.

The Federal Reserve is meeting from 3-4 May to decide how to increase rates, which will be likely adjusted by 50 bps following the 25bps adjustment implemented in March. The CME Fed Watch tool indicates that its target hike has been fully priced in, and we expect five or six more hikes within the year.

Updates for expansions in US economic projections will also be discussed (but won’t likely change); the US government is tightening its belt with increased spending, which is creating more inflation. War-torn Ukraine continues to add to inflation levels, as does continued economic unrest in China.

EURUSD price action hints at further downside despite the RSI being oversold. A reversal can be expected, even in the short-term, however, below 1.0626 it is more likely we reach 1.0324 than the other way around. Should we see a relief above there, 1.0804 becomes a major handle for bulls.

The Bank of England has been hiking interest rates steadily this year. It’s the fourth time in a row they will have raised rates, adding another 25bps to 1%. April’s flash PMI showed that inflation was on the rise–which means that interest rates should be raised as well. There is some concern about economic shrinkage–interest rates may not be good for slowing or stopping that process.

According to Citi, the cost-of-living crisis may lead to no action in interest rates but only from two BoE committee members. If the BoE continues to lag behind the Fed, then the pressure on the pound may continue. It is already at its weakest point against the US dollar in more than two years.

GBPCHF slid lower after a bearish divergence formed on the MACD histogram. More signals appeared on the weekly. Since the move has already somewhat played out, we need to look at fresh indications. Since the same indicator shows a stronger hidden divergence signal upward, a correction may be seen, up to 165.00, where the golden ratio is. A break of the level could see an acceleration up to 168.42, but if we receive a rejection, 158.24 becomes a major support.

The labour market forecast for Canada will be one of the more closely watched reports next week. Job growth is expected to slow down to 25,000 after a surge over the last two months. A significantly larger supply of available workers is needed at this point. Tightening labour markets will push employers to offer higher wages, which could increase inflation.

CADJPY shows a major bearish divergence on the weekly chart after an attempt to break 0.7640 failed, forming a double top. Although the RSI is not yet overbought and we could see another leg up, it is more likely it is a false break than a legitimate breakout. 0.7720 becomes the fake it or break it level. On the flip side, should the divergence trigger a downward move, 0.7200 is1 major support in the medium term. In the interim, traders should focus on 0.7367.