Despite the dollar weakening last week, it rose against the yen as deflation risks remain elevated, the previous BoJ meeting showed. With Omicron cases growing exponentially in the U.S., markets seem to be pricing in more inflation regardless of Fed’s hawkish narrative as the SPX managed to print yet another all-time high. Or perhaps, they realised that inflation wouldn’t go away soon instead.

All eyes will undoubtedly stay glued on how cases evolve and whether the new double infection ‘florona’ detected in Israel – a combo of covid and influenza – will make its way to other destinations.

Aside from new headlines, traders will shift their attention to this week’s FOMC minutes on Wednesday and NFP numbers on Friday in an attempt to decipher how covid will likely impact the jobs market going forward.

This month’s consensus stands at 210k for employed and 4.2% for unemployed. A miss could finally offer a retrace in USDJPY, which has been on a rally for four consecutive weeks now. And since participants will have already received clues on the timing of hiking before Friday’s Non-Farm Payrolls, the wages print might be a tad more significant this time around.

The pair seems to have a ceiling near the 115.50 November high and support down at 114.70. But where it ends Friday will mostly depend on where it closes on Wednesday as a move to 155.50 pre-FOMC could offer a breakout or a full retrace down to 115. A 30-pip move can be expected during the NFP nevertheless.

Apart from the jobs numbers in the U.S., European traders will make bets on German unemployment on Tuesday. In addition, flash inflation rates will be announced for the European Area on Friday. However, Tuesday’s trades might be short-lived as Thursday’s inflation numbers are of higher importance than the jobs numbers.

On Thursday, the preliminary German CPI is expected to fall from 5.2% to 5.1% YoY. Although the predicted fall is marginal, it might take a bit of pressure off from policymakers, allowing the German DAX to continue its ascent towards 16000 and even higher. A positive CPI figure could be detrimental for the German index as it would add hawkishness to the rhetoric, causing a decline towards 15500.

On Friday, the Eurozone numbers can weigh on the move heavier should they print an in-line CPI. EU inflation is expected to deteriorate from 4.9% to 4.7%.

January kicks off a big week for oil as OPEC+ will finally meet on Tuesday to discuss whether they will add another 400k barrels to daily production or take a step back until at least the situation around Omicron clears out as many flights have been canceled, decreasing demand for oil products.

The January 4 meeting is not much likely to offer any changes despite fears of Omicron, SPR releases, and the latest 9% daily production increase in the monthly output of Venezuela’s PDVSA.

As markets continue to ignore the setbacks and focus on the actual numbers, oil can continue moving higher until the subsequent releases of EIA and API. Last week both reports showed an inventory draw of 3.57 and 3.09 million barrels. If OPEC+ disappoints or any of the reports adds a bitter flavor to the rally, oil prices might initiate a move down to $72 as more and more resistance seems to be found at the $77 area.

Gold is on a 3-week strike as it closed last week at $1830, up from $1750 in early December despite Fed’s call for shifting monetary policy. Although the metal has attracted some bulls over the last few weeks as inflation keeps real rates at negative territories, dollar breaking outside of range could end the retail frenzy sooner than many expect.

This week, and as gold has found resistance at the 62% Fibonacci for the $1877-$1753 leg, bulls might find it hard to make multi-week highs. However, the dollar is likely to provide a breakout on Wednesday, and it might be to the upside, adding pressure on the prices of gold and sending them down to $1800. On the flip side, should the dollar fall, it’ll allow bulls to push higher towards $1850 and beyond. 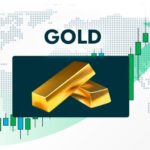 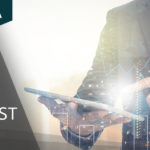