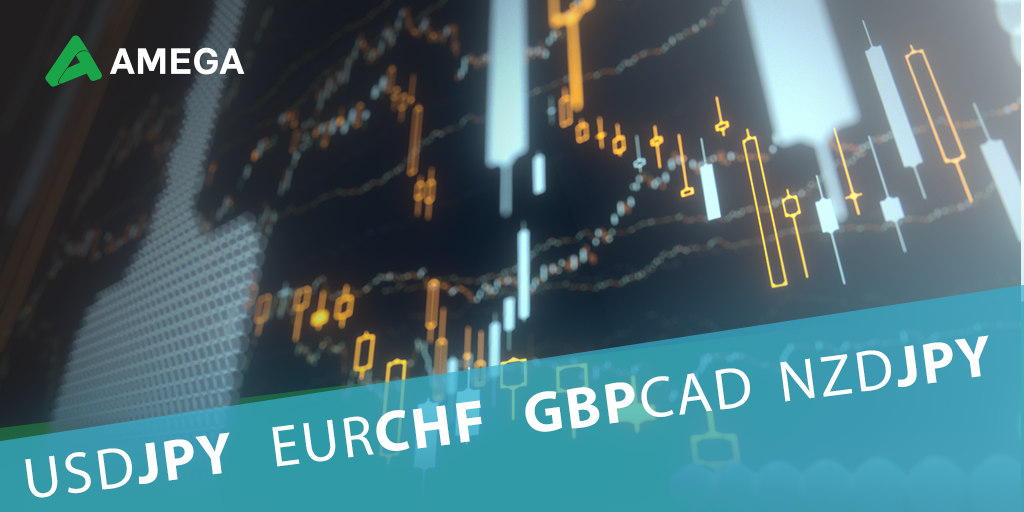 As investors had started to think that the Fed might take a softer stance on hiking, inflation happened. Last week we saw the US CPI breaking to 40-year highs, and of course, sentiment reversed again as the Fed gets another slap for expressing that inflation had peaked. The ECB has finally joined the club, verbally. But if there’s one bank apart from BOJ that has to go it more aggressive and it doesn’t, that’s the one. Here’s what we shall remember from last week:

Anyway, we are not done with the bankers just yet. The week ahead is looking to be quite eventful, with plenty of economic data releases and central bank announcements on the calendar.

The Fed is widely expected to hike rates twice at their June meeting this week and the real focus will be on the accompanying statement and press conference. The statement will be closely watched for any changes in language with regards to the outlook for rates and where the Fed sees inflation peaking this time following a 40-year high last Friday. In particular, investors will be looking for any clues on the size of the next rate hike in July, and beyond of course, and whether there has been discussion of larger increases for September as the month was portrayed as the one the Fed would pause the hiking cycle.

Overall, the FOMC meeting is likely to be less volatile than many expect as the Fed is likely to stay on course with its 50-basis rate hike plans, and not surprise with a 75-basis. Which means it is already priced in.

If the Fed provides a less aggressive message, the USDJPY might even fall for a well-needed breather, as markets would see this as dovish after the CPI print. The RSI and MACD indicators point to bearish price action too. Since there’s no major support between now and 131.35, a few weeks of downside could be seen unless the BOJ surprises us with a stimulus on Friday. In the interim, the 23.6% and 38.2% Fibonacci retracements at 133.20 and 131.86 might react.

SNB to stay put, but when will it hike?

The Swiss National Bank (SNB) is widely expected to leave rates unchanged at -0.75% on Thursday, but there’s a chance that the event will be seen as dovish should the statement provides no clues about future policy tightening since the ECB will be hiking in July; the SNB is expected to follow the lead.

The SNB has been one of the most active central banks in recent years in terms of its interventions in the foreign exchange markets, and it is unlikely to stop supporting the economy now. Especially since it works; Swiss inflation is at 2.2%, and GDP is up 0.5%.

1.0500 has become quite a level on EURCHF as it keeps the pair below its 2-year range, but we can observe both recent attempts have overlapped the resistance. One might think ‘so what, we had a false break in February too’, but this time prices are above the 200-day and 50-day averages. These two make short-term resistance/support.

On the top side, re-entering the range would open up the room to 1.0700, whereas on the bottom side, 1.0250 becomes a major level for sentiment. It’s the 50% Fibonacci of the 0.9971-1.0514 leg. Obviously, the lower the levels are important too, but will we get there after getting two hidden bullish divergence signals on the RSI and MACD?

BOE is unlikely to push the brake now

The Bank of England is expected to raise rates again this week as inflation is expected to rise further. The move would be the fifth consecutive hike and thanks to pre-financial crisis interest rates, it is back up to its old self.

There are concerns that higher interest rates could put a brake on consumer spending and business investment, which could, in turn, lead to even slower economic growth, which could explain why the bank continues to raise rates gradually.

Before Thursday’s event, the UK releases wages and growth data, both of which are critical in adding conviction that MPC members are handling the situation well. Another contraction in GDP is unlikely to be taken out of context.

Against the Canadian dollar is where the pound might reverse, short or medium term. GBPCAD displays a double divergence signal, and it appears on both MACD and RSI. But losing the support at 1.5725 opens the road to 1.5250. Between now and there, if the divergence signals are not invalidated, any round level such as 1.5700, 1.5650 et cetera, might offer the very same reversal.

With momentum weakening (notice MACD histogram), it is not much likely we see much more downside. A move to RSI 30% is probable. Once the ‘new’ low is in (if, that is), prices could soar to the 50-day average near 1.6000 and beyond, but bulls will need to recapture and hold 1.5890.

How much more will BOJ let the yen fall?

The Bank of Japan is very likely to leave interest rates unchanged at its meeting on Friday despite mounting pressure for more stimulus to revive one of the world’s largest economies. The central bank’s nine-member policy board is set to convene for a two-day meeting starting Wednesday, with the release of its decision scheduled for Friday morning in Tokyo.

There has been speculation that the BOJ might take ultra-easing measures to keep its yield target despite inflation rising. But many economists say the BOJ is unlikely to act now because the Japanese yen has fallen to 20-year lows against the dollar and weakened across the board overall, and inflation is above target at 2.1%, offsetting dovishness – perhaps.

If there’s one pair the yen is less weak against, that’s the kiwi dollar. NZDJPY has started to fall after retracing 90% of the 87.34-79.47 drop near 86.60 but recovered its 50-day average around 84.00. Without a divergence printed on the chart though, how strong of a signal is this, if it is? Another leg up above the recent top could form the ‘missing’ signals.

After a multiyear print, the potential upside leg could extend to 90.00 ever, but when the inverse Fibonacci of the downward leg to the 200-day average is used, 88.44 and 89.46 are evident resistance levels. Looking down, the 53% near 83.40 is important for sentiment. If we lose it, the drop towards 80.00 is not going to be that hard.