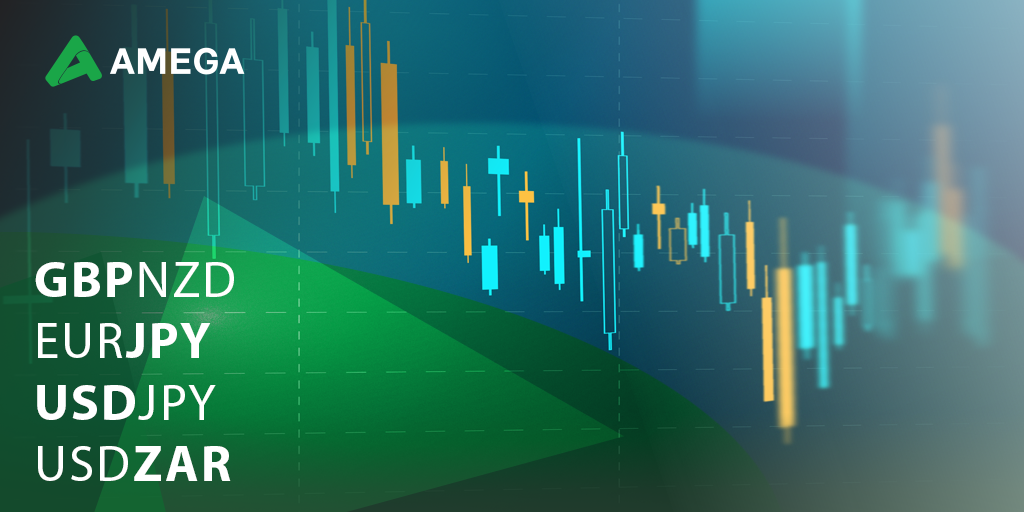 The markets continue to move in interesting directions, with news and events impacting stocks, currencies, and commodities around the globe. Here are some of the key stories from the week just passed:

1. The US Index hit a 10-year high as investors continue to respond to Fed’s aggressiveness.

2. The S&P 500 posted its biggest single-week percentage decline since August 2020 as confidence about global economies deteriorates.

3. The yield on 10-year Treasury notes hit 3.25%, its highest level in three and a half years as investors price in more hikes.

5. Euro prices dropped to a five-and-a-half-year low after slipping 3% last week against the greenback on hints of economic slowdown.

UK employment and inflation data in the spotlight

The employment data released last month caught the attention of markets with fewer jobs being created in March. The unemployment rate remained at 3.8%, which is a 3-year low, but it has to remain at pre-pandemic levels in April to assume progress. Average earnings came out in line with expectations but not when adjusted to inflation as this print showed a 1.7% drop to a 9-year low.

UK inflation rose to 7% in March from 6.2% in February, pushing the annual rate to a 30-year high. The uptick is owed to energy prices rising, but even when we look at the core figures, they haven’t been at 5.7% since 1997.

The British pound hit the 50% Fibonacci retracement of the downward 2.0527-1.8709 leg against the New Zealand dollar last week. 1.9618 has now turned into a major resistance as its break would shift sentiment from bearish to bullish. The hidden divergence might have played out already, and with a weak bearish divergence appearing on GBPNZD, prices could slide to 1.94, then 1.9128. On the flip side, 1.98 and 2.01401 are major resistances.

The EU’s latest quarterly GDP data were in line with expectations but not good as they fell from 1% to 0.5%. The Commission expects the euro area to contract now contract by 0.3% when it releases its second Q1 estimate on Tuesday. Despite the gloomy forecast, the Commission also expects inflation to peak at 7.5% this year, only 0.1% above the March reading.

One reason for inflation’s pace expected to ease is that global commodity prices started to fall, which is affecting the prices of many goods and services throughout Europe. Also, the Ukrainian war is sitting on the backburner. If yearly CPI rises above forecast on Wednesday, it could impact the euro positively, but only if GDP sees an improvement.

The EURJPY pair is trading near its 50% Fibonacci and look poised to move there in the short term. A break of the support would open up the room to the golden ratio at 130.37, and although unlikely, even 127.71. There is interim resistance at the 38.2% Fibonacci of the 100-140 upward leg, and it must hold for bears to take over again. Otherwise, 136.46 becomes next week’s resistance.

US retail sales to give a glimpse of consumer spending

The US retail sales report for April is set to be released on Tuesday and it is expected to show that consumer spending declined in March. This news could provide some support to the case made by the Federal Reserve, which has been arguing that the current tightening cycle is necessary to maintain sustainable economic growth.

The report will also show whether or not retailers added more items to their inventories. If they did, it would indicate that demand from consumers was still strong, despite fears about the future of the economy due to lockdowns. Core figures are expected to remain unchanged, but had a massive run up to 1.1% in March, from a revised 0.6% increase the month prior.

The South Africa interest rate decision will take center stage this week as the Reserve Bank of South Africa (RBS) is due to release its decision on whether to be kept unchanged at 4.25% or raised. The decision is widely expected and it leaves the rand relatively volatile against the dollar as markets expect a single or double hike.

This week’s focus on the South Africa interest rate decision comes as the country continues to face significant challenges. Inflation is currently running above targets due to the war in Ukraine, and concerns over growth continue to somewhat weigh on sentiment despite improving – normalisation is projected to occur through 2024. The RBS Board has warned that hikes could be necessary as inflation is expected to trend upwards.

The South African rand failed to revisit the previous top at 16.3644 for a few points but this does not mean bulls will give up as we remain fairly near the resistance. Falling lower would expose 15 and 14.3975 as the event is expected to create some volatility. If any of the retracement levels suddenly turn strong, 17 is back on the table. Will the long-term bearish divergence play out in the bears’ favor?