How Fibonacci Retracement and Extension Can Help You Beat the Market

Successful traders tend to be those who are in tune with the market they are trading. In this article, you will learn that the secret lies in Fibonacci retracements and extensions. By employing these simple tools, you will be able to take advantage of market opportunities no matter how volatile the market is.

What are the Fibonacci retracement and extension?

Fibonacci retracement and extension are technical analysis tools that can help you make informed decisions about where prices are relative to a trend and where they might go. Both use the Fibonacci sequence, which is composed of the Fibonacci numbers 0, 1, 1, 2, 3, 5, 8, 13… to calculate retracement and extension levels. And that way they provide traders with a tool for analysing price patterns and making better trades.

A Fibonacci retracement is simply a technical analysis term for measuring the distance between two points in a price chart. For example, if short-term buyers take the price from $50 to $55, the distance of $5 will be 100% the length of the move; thus, if prices started retracing from $55 to $50, a 50% retracement would be halfway through at $52.5.

Contrary, the extension uses three points for projecting the distance of the corresponding Fibonacci retracement, crossing $55 after the retracement. In that case, the third point is the actual retracement level – $52.5. Here’s an example using the same pricing model: imagine you own a stock that currently trades at $50 per share. If the stock rises by the day’s end to $55, the $5 is the distance of the short-term trend, which is where prices close the day. Now think that this stock falls 50% to $52.5 and finds support. Using the Fibonacci extension tool between $50, $55 and $52.5 will provide the usual 38.2%, 61.8% and 100% Fibonacci extension levels. If you considered buying the stock again to build up your position, the projection levels would come at $54.4, $55.6, and $57.5. When analysing charts, it’s important to understand how Fibonacci retracements and extensions can help you make better investment choices. If a commodity falls below its first support level of 38.2%, 50% becomes the next level of interest, and 61.8% next. The same goes for extensions, but the 38.2%, 61.8%, 100%, 161.8%, and even the 200% and 261.8% are used instead — depending on the reference points used to calculate extensions.

The Fibonacci retracement and extension tools are used based on the principle that prices tend to move in cycles. When one price falls below another, creating a Fibonacci retracement, it often rallies back up very quickly. This rally is known as a Fibonacci extension. By using them, you can predict when these rallies will happen and buy into the market before it crashes again.

This way of trading can be very profitable, as long as you can stay ahead of the curve. If you are not able to do this, then you could end up losing all of your money though. So, if you are not familiar with Fibonaccis, make sure to read along and test before investing money you can afford to lose.

How to use Fibonaccis effectively?

If you’re tired of watching stock prices go up and up, and then down again, Fibonacci retracements and extensions can help you take action instead.

When the Fibonacci retracement is printed on a bullish price chart traders can start considering taking long positions on the pullback.  The most powerful Fibonacci retracement level is the golden ratio of the 61.8% pullback. However, this does not mean that it is always reached. Usually, the retracement completes between the 38.2% and 61.8% levels. Well, that’s a big range, so, let’s see how we can get closer to the number.

First, it is important to be able to react quickly when prices start to drop. So, to project where the retracement might be complete, one way to help is through the use of the Fibonacci extension. It’s just this time, that it will be used to project the short-term decline to find a reference point where a retracement and an extension would meet; a Fibonacci cluster. Think that a cluster can be made when the 61.8% retracement and the 38.2% extension are at the same level.

When prices start to drop, it is often a good idea to buy into the market and not sell the short-term move as the trend has more chances to continue than reverse. Of course, Fibonaccis should not be used alone. If you are not careful, you could also get caught up in a price crash when you are long the retracement. To avoid this, you can use the Fibonacci extension again. This will allow you to protect yourself from getting hurt by a falling market by using the 100% extension as the invalidation level. That is – if prices retrace more than the 100% Fibonacci extension, then the short-trend trend is stronger, and a warning sign of downward impulsiveness.

If you’re looking for a more technical way of helping you beat the market, then using Fibonaccis could be a great way to go.

There are a few things to keep in mind when using them: first and foremost, they should be used as a supplementary tool rather than as a standalone trading strategy on their own; secondly, it’s important to remember that retracements or extensions don’t always work – so don’t get too attached to them; thirdly, it’s important to have a solid understanding of technical analysis to use them effectively.

Overall, Fibonaccis can be an effective way of helping you make it through – so long as you understand how they work and use them sparingly. 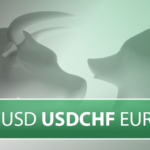 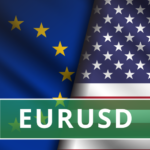