You are currently here! Education How to use the RSI with Elliott waves 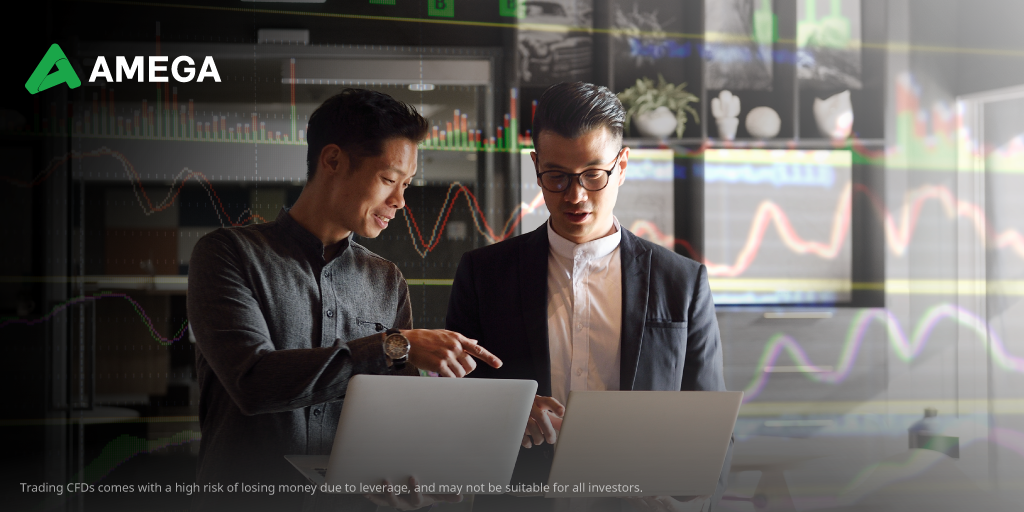 How to use the RSI with Elliott waves

Nowadays, traders are constantly searching for ways to improve their trading and forecasting skills to accurately predict directional price movements.

The RSI is designed to measure both the magnitude and duration of such movements in an attempt to show whether buying power or selling power is stronger in any given period.

After reading this article, you’ll be much more confident about using the RSI with Elliott waves to make well-informed trading decisions!

What is the RSI indicator?

The RSI is a technical indicator that measures the speed and change of price movements. It evaluates the momentum of an asset’s price and it is used by traders to primarily identify overbought and oversold conditions in the market. It does this by measuring the strength of an asset’s recent performance by comparing it with its own average performance for a given time period, typically 14 days.

What are Elliott waves?

First, let’s take a quick dive into what Elliot waves are all about.

Elliott waves are a technical analysis technique that is used to predict the trend of an asset. It was developed by Ralph Nelson Elliott and popularized in his book “The Wave Principle”. Analysing the waves, particularly their structure, can give traders insight into what the next direction of a trend could be.

The Elliott waves theory recites that a trend progresses in five waves (12345), while it regresses (or corrects) in three waves (ABC). The progressive waves are called motive waves, whereas the ones that regress are called corrective waves. In simple terms, a trend can continue to its predominant impulsive direction as long as corrections are made up of three and not five waves.

So, can this help traders at all? The simple answer is yes. But along with price action, one must be skilled in the advanced use of the RSI.

Main advantage of using the RSI with EW

Naturally, the RSI can be used in a variety of ways. It can be used to identify periods when prices may be less vulnerable to reversal and more likely to continue in their current trend, as well as periods when prices may reverse direction due to overbought/oversold conditions. Another popular way aside of its typical uses is to identify divergence. This is the most useful method when it comes to Elliott wave trading. Here’s why.

Divergence is used to identify potential reversals in an asset’s price movement by looking for discrepancies between prices and momentum. When prices are printing a higher high and the indicator a lower high, there is divergence. This signals an upcoming correction in prices. If a trader knows how to read waves, the information the RSI provides can be an eye-opener. Divergences don’t appear in every correction, of course, they typically appear after extended impulse waves.

If guidelines are anything to go buy when trading using Elliott waves, wave 3 is typically the strongest and thus the most extended. In a very bullish market, the RSI during wave 3 often continues to remain at an overbought region. So, if the market is overbought in wave 3, selling wave 3 is not the best short. An extended period of RSI above 70 signals that the trend is intact and thus it’s better to look for dips. The signal here is to wait for the correction to end, rather than short the correction, or even wait for wave 5 to end.

Wave 5 typically comes with momentum divergence. In an extended bullish market, this implies price makes new highs above wave 3 while the RSI makes a lower high, suggesting a selloff.  Remember that in wave 3 both price and the RSI make a new high in a bullish trend.

Thus, while the price can do 3 waves pullback in wave 4 after the top of wave 5 if the prevailing trend is bullish, it’s better to wait for the bigger correction after wave 5.

The basis of using the RSI with Elliott waves is to use the divergence to test if a market is in wave 5 or not. Although it can be used to identify alternative structures or provide other types of signals, the most powerful signal for a beginner Elliottician is the recognition of an upcoming reversal in wave 5, both for a short or long trade.