You are currently here! Education The market’s reaction to the FOMC 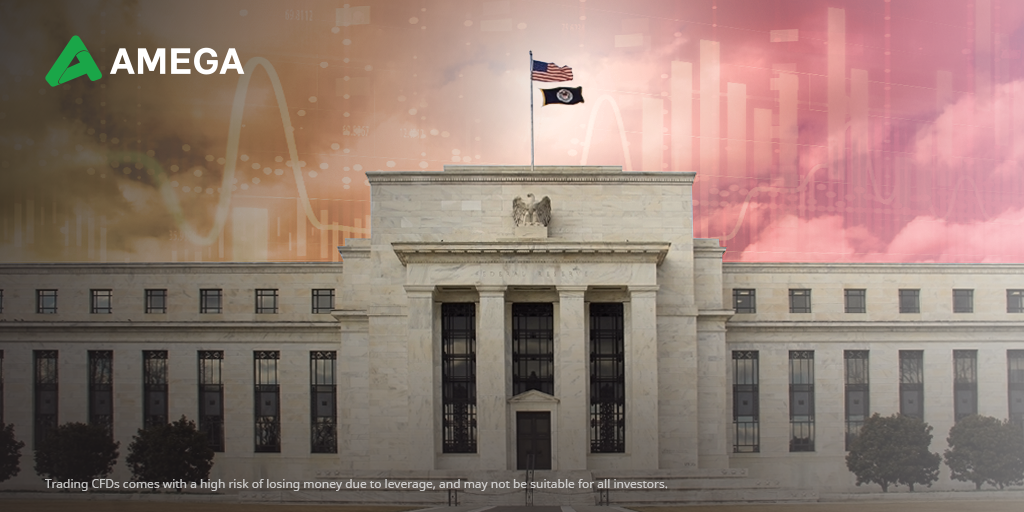 The market’s reaction to the FOMC

The Fed’s current 25-basis points rate hike, in which it has been slow to raise, continues to be supported by inflation data. The committee is hawkish and expects one rate hike per meeting for 2022 as well as announcing the reduction of its balance sheet soon, which depended on the size and pace it can be equivalent to a hike. So, why did we see markets shrugging off the Fed’s new policy?

Was the Fed hawkish?

First off, the Fed was hawkish on interest rates and the economy in March with the central bank making clear its preference for policy hikes in 2022. “Indicators of economic activity and employment have continued to strengthen. Job gains have been strong in recent months, and the unemployment rate has declined substantially”, said Jerome Powell.

The Fed did give more indicators about change in policy at this meeting. It did change its guidance for further rate hikes, which still seems fairly stubborn to a few as inflation stands way above expectations, and it also announced the reduction of bonds likely at the next meeting.

Following several years of easy monetary policy, some wonder if the Federal Reserve has been too slow to react and it might put the market in a bigger bubble. However, JP said that additional rate hikes should be expected also in 2023 and 2024, and hinted that the Fed might even sell bonds back into the market should more aggressiveness is warranted by incoming data.

So, not as dovish here to justify why markets reversed after some time into the presser.

Why did risk assets soar?

In fact, there have been several factors attributing to the post-release market sell-off, as explained above. One would expect the initial drop to just keep going, but instead, risk assets reversed.

Well, the Fed’s decision to hold off on a 50-basis points hike was seen as dovish. Inflation is at a 40-year high and JP himself said that the committee does not expect it to fall sooner than next year. So, why the initial dump, you may ask? It was a mix-up, really.

The 25-basis points hike was delivered as a 50-basis hike in multiple economic calendar outlets. It seems that instead of showing the rate hike, which is the routine data displayed, the figures showed where rates rose up to –0.50%. Until markets figured that out, and due to the Fed’s hawkishness, risk assets plummeted thinking that the Fed hiked 50-basis points.

Another reason for seeing a swift recovery was that no details were provided about the pace of the balance sheet reduction. Despite announcing the run-off, which is hawkish in itself, uncertainty about the pace and size took its toll. Investors got worried about the slow reaction of the Fed as if the unwinding needs to happen aggressively at a later stage, it could lead to a market crash.

Finally, reports that Ukraine and Russia had come close to agreeing on a compromise surfaced in the news. Apparently, the 15-points peace plan was one of the main factors leading to the reversal. It was later known, though, that the deal had not been confirmed by both sides.

The Fed was right

Fed Chair was very vocal about the risks global economies face due to the war in Ukraine, and he had every right to do so. Sanctions, inflation, and rising demand for commodities supplied from Ukraine and Russia will slow growth down. If the Fed would move too aggressively with a double hike, growth would dampen much faster, and this would create a bigger issue at hand for the committee.

On an interesting note, the Fed might have just done exactly what was needed to keep the markets from crashing. Will this lead to a worse crash, though, is the million-dollar question?

So, all in all, the Fed was hawkish but not as much as markets expected. Although on the hiking side this may have been the right choice, some certainty in the balance sheet reduction would have probably pushed risk assets lower, perhaps even offsetting the deal news. That is certainly a focal point to watch out for during the Fed’s next meeting.