You are currently here! Education What’s in store for EURUSD after ECB and US CPI 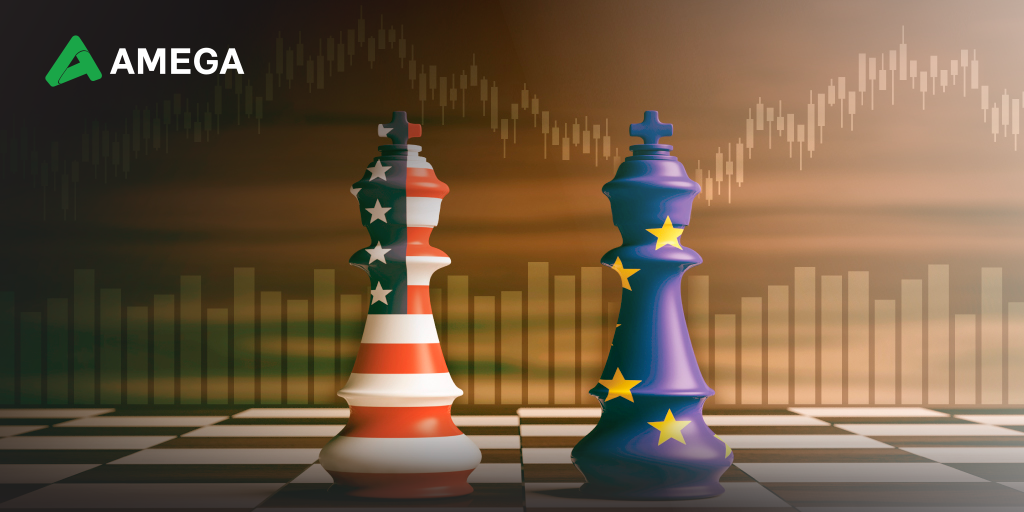 What’s in store for EURUSD after ECB and US CPI

The European Central Bank (ECB) has been in the news a lot lately, as it debates whether or not to raise interest rates. This has many people wondering what the future holds for the euro. Against the dollar, it’s a different story of its own, as the EURUSD outlook largely depends on how the USD performs. In this article, we’ll take a look at some of the potential scenarios that could play out.

Trading monetary policy decisions often produce the easiest of signals, but this time around Europe’s central bank has left many investors scratching their heads; a hawkish message by the ECB has led to a fall in the euro, contrary to conventional wisdom that hawkishness leads to bullish price action.

The ECB’s message that they will raise rates did not come as a surprise to the markets, but the euro quickly fell against the dollar as yield spreads widened due to the softer stance the bank took. This is a clear sign that investors are still worried about the fall-out of the Ukraine conflict and high energy prices, and the ECB’s ability to boost growth or tame inflation, which is not a surprise to the ECB itself when looking at its new projections.

While some of the ECB’s actions were widely anticipated, it overall sent a different message through global markets. Let’s examine how come.

Why the fall in euro?

There are a few reasons behind the decline of the euro, in fact, but the fall can be attributed mainly to expectations (in random order):

For one thing, it is now clear that the ECB is serious about fighting inflation. This is something that investors have been worried about for some time, and Thursday’s statement shows that the central bank is willing to take action to keep inflation in check. Which on its own merit is kinda bullish long-term.

Additionally, the expectation to cross back to positive rates will make it more costly for countries to borrow money and earn interest income. This could put upward pressure on government bond yields, supporting the euro, and the economy, but again, over the longer term.

In the case of eur/usd, and the shorter term, a higher yield differential is likely to remain in favor of the US dollar as the European Central Bank (ECB) rates are expected to remain unchanged until July on one side, and hiked more on the other. This should continue to keep eur/usd weak especially as the Fed continues to hike interest rates. If the Fed pauses, however, the euro might reverse. But will it, and what does it depend on?

The dollar side of things

Simply put, because higher interest rates in the United States make the euro less attractive to investors right now, all eyes are on CPI inflation. It is what the Fed looks to decide on how aggressive to be going forward.

CPI inflation continued to accelerate in the US, Friday’s report showed, as an uptick to a fresh 40-year high was seen.  Probably, this will have the Fed forced to go it more aggressively than what markets expect and demand for US yields will most likely rise. The Fed has already promised to pause after summer if core inflation (excluding energies and food) decelerates or cools off. Well, it did, when compared to last month’s print, but it missed expectations. This should at least leave investors to keep scratching their heads until next week (not to say until September’s meeting), when the Fed reveals its own policy. Until then, EURUSD is likely to remain under pressure.

Even the weekly chart shows a bearish signal as the 50-week SMA crossed below its 200-week equivalent. A bear market on a longer-term timeframe. But we can also notice that the RSI is and has been oversold twice since ’21. The next move down below $1.0327 might provide a bullish divergence both on the MACD and RSI, which is well needed for a full-blown reversal.

In the medium and short-term, the swing low seems to be major support, but it might give in even after providing a potential bounce. This brings us to fresh multiyear lows, with an aim down at parity. A surprise move would see the pair reaching $1.08, but further upside before a fresh low is highly unlikely.

Europe’s Central Bank faces uncertainty and has been inclined to continue unconventional monetary policy, but with downside risks to the eurozone economy, their decisions have been continuously narrowing. They just ended a long era of unconventional monetary policy in Europe, but it is yet to be determined whether or not the birth of new period of consistently rising interest rates has begun. If not, it’s highly unlikely the euro comes out of the ashes with Fed spearheading the cycle without a halt.